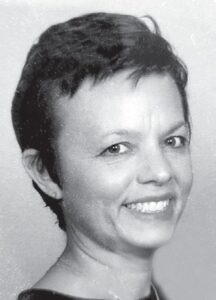 Cindy Lynn Fontaine, age 51, of Casselton, peacefully passed away on Nov. 13, 2022, at her home surrounded by her family.

Funeral services were at 10 a.m. Friday, Nov. 18, at Boulger Funeral Home, Fargo, with visitation one hour prior.

Cindy was born in St. Cloud, Minnesota, to Roger and Nancy Daniels. She graduated from Osakis High School in 1989. She attended Moorhead State University and graduated with a bachelor’s degree in business administration in 1993. She married Larry Fontaine on May 6, 2001. They made their home in Arthur until moving to Casselton in May 2004. Their union produced two beautiful daughters, Danielle born in 2001 and Natalie born in 2007.

Cindy began working with the federal government on Jan. 1, 1999, as an administrative assistant with the U.S. Department of Agriculture (USDA). In December 2008, Cindy moved to the Veterans Administration and worked as a veteran’s resource officer. In April 2010, she started with the U.S. Marshals Office in Fargo and worked at various positions, most recently as the administrative officer (AO).

Cindy was caring, nonjudgmental, loyal, hardworking and compassionate. She devoted her life to her family; they meant everything to her. Together they enjoyed family vacations to Disneyland, Disney World, Universal Studios, Arizona, Texas and Florida. With an unwavering belief in God, Jesus and heaven, Cindy strengthened her faith daily by reading the Bible, watching the Victory channel, praying and leading a Christian life. Cindy enjoyed many hobbies such as watching The Bachelor and Dancing with the Stars with her daughters, shopping, reading, writing, taking walks with her husband and dog, Archie, traveling to visit friends and donating to the Dakota Boys and Girls Ranch.

Cindy was preceded in death by her grandparents, Nathanial and Altrude Daniels and Don and Lela Rich.

The family extends deepest gratitude to Hospice of the Red River Valley and Essentia Health for the exceptional care they provided Cindy during the final stages of her life.