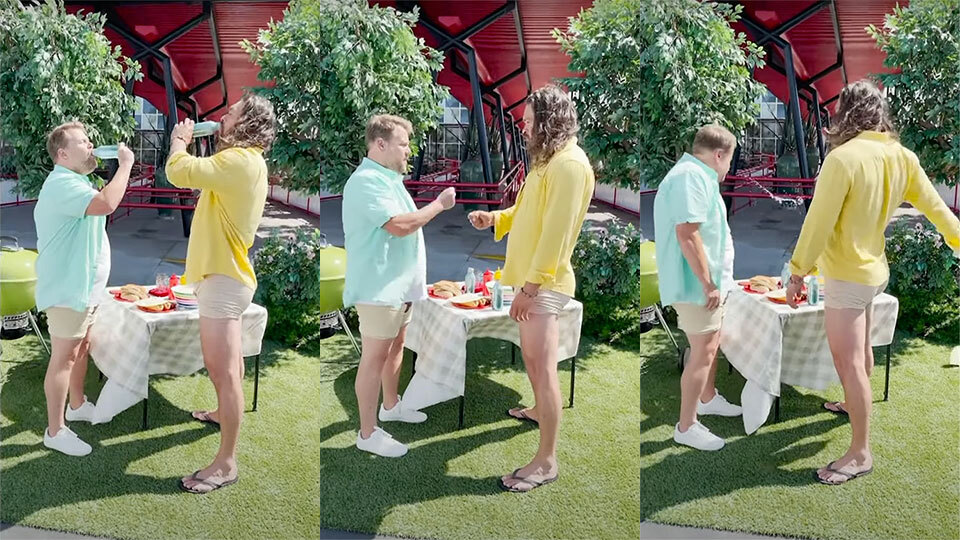 If there's one person you really wouldn't want to take on in the TikTok tortilla challenge, it's Jason Momoa.

Following a summer montage bit they filmed for The Late Late Show, Momoa and host James Corden squared off against each other, mouths full of water, and played rock, paper, scissors.

Corden ends up losing so, as is the way with the tortilla challenge, he ends up getting a (pretty hard) faceful of tortilla, courtesy of his opponent — and copious amounts of water are spat everywhere.