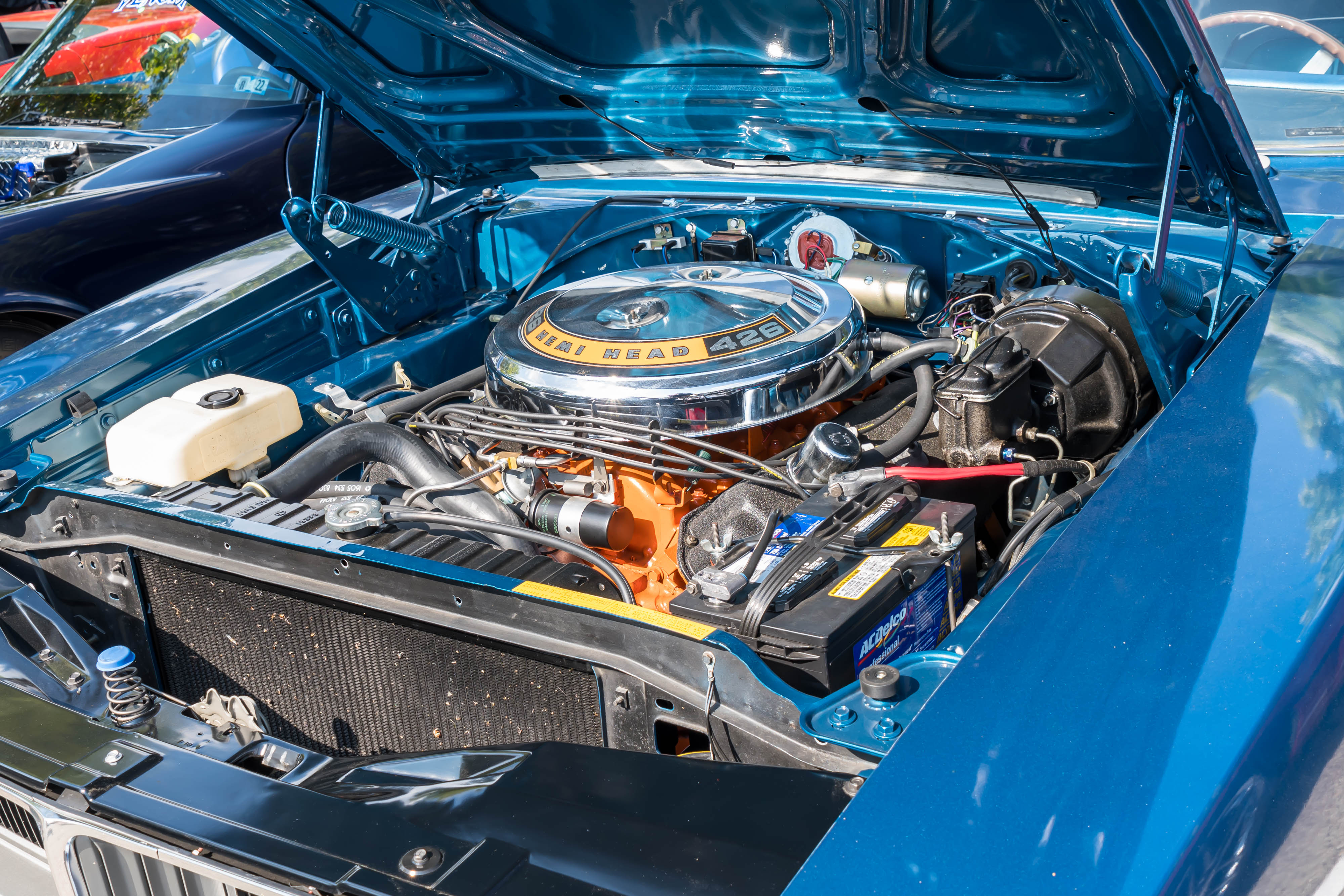 As the American carmaker Dodge slowly lowers the curtain on its current Charger and Challenger models over the next few years in favor of EV sports cars, the company is sacrificing some of the products most famous for producing big, dad-pleasing "vroom-vroom" sounds. But Dodge's latest concept vehicle, which rolled onto a stage Wednesday during a presentation by Dodge CEO Tim Kuniskis, might just be the solution to that problem.

Every 21st-century kindergartener knows what sounds phones, clocks, and cars make: "None, none, and none." The tech world has eliminated many machine noises, for better or worse. In some cases, this is actually a safety problem. Car manufacturers now have to artificially manufacture sounds in order to signal to pedestrians that a multi-ton object is moving toward them. BMW, for instance, went in a more abstract direction, producing programmed sonic experiences for its concept cars that are supposed to evoke themes like sustainability and relaxation.

SEE ALSO: Rivian is not a fan of the new EV tax credit and you might not be either

That is decidedly not the direction Dodge is going in with the concept car in the video above, known as the Dodge Charger Daytona SRT. This machine has a "patented sound chamber," as Kuniskis puts it. This chamber, located where the exhaust pipe used to be, produces a growl resembling the roar of one of Dodge's greenhouse gas-spewing Hemi engines, filtered through the intimidating whirs of the servos and dynamos inside ED-209, the electric death delivery system from the movie Robocop.

Kuniskis promises "126 decibels of output." That's louder than a chainsaw and necessitates ear protection according to the CDC. Enough to "wake up your neighbors," according to Kuniskis.

The Charger Daytona SRT concept is reportedly based on a car that will be an actual retail product in 2024. It's not yet known if that car will create the sonic experience of the concept version, or if it will include the other unnecessary, but equally nostalgic, feature in the Charger Daytona SRT: A gear shift.

SEE ALSO: No more Teslas in California? It's possible, but not likely.

Single-speed EV transmissions may be efficient, but Kuniskis says a crucial aspect of the Dodge experience is that "our power throws your shoulders into the seat back at shift points." This is called the eRUPT system, according to Kuniskis' presentation, and it's marketed as an "electro-mechanical" shifting system.

These sounds and physical sensations may not be in any way relevant to actual locomotion in the EV era, but they are, Kuniskis says, "pure Dodge."