Prey is how you do a Predator movie: Pit a badass alien against an even more badass heroine and let the blood and guts fly. Sprinkle in striking visuals and an emotional hero's journey (not to mention a healthy amount of trust in your audience), and you're looking at a winner.

Director Dan Trachtenberg's Predator prequel is a taut thriller that's easily the best addition to the franchise since the original. It's intimate and character-driven, with more than enough action to satisfy the most die-hard Predator fans out there. Heck, even if you've never watched a Predator movie, chances are you'll love Prey. It's just that good. 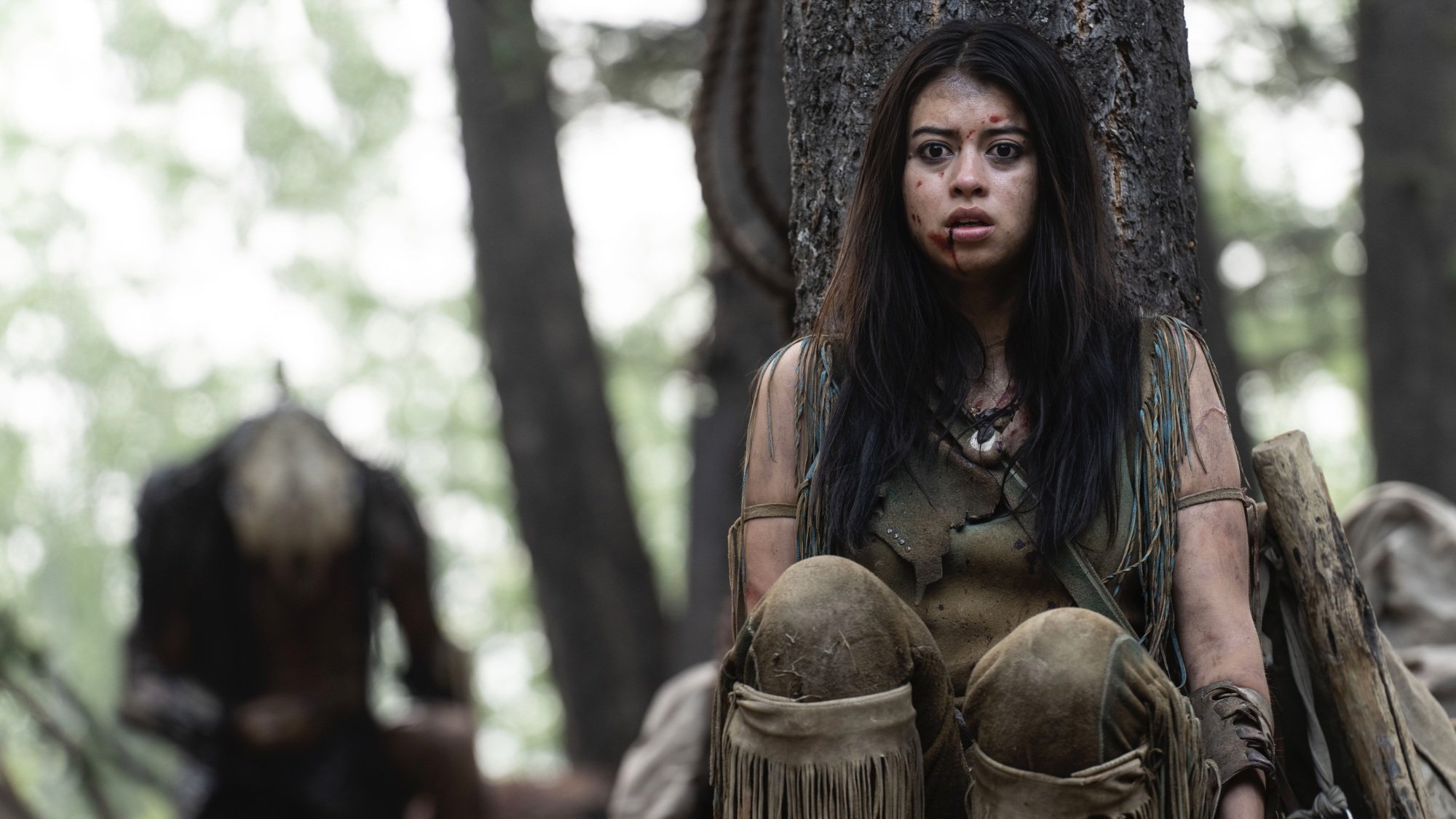 Set in 1719 in the Comanche Nation, Prey is far removed from the rest of the Predator films in terms of both timeline and location. That distance proves to be the film's not-so-secret weapon, because while Prey is clearly a Predator film, it doesn't feel like any iteration of the Predator stories we've seen before.

While 'Prey' is clearly a 'Predator' film, it doesn't feel like any iteration of the 'Predator' stories we've seen before.

Trachtenberg and Prey screenwriter Patrick Aison clearly know that we're familiar with the base concept of the alien Predators who hunt for sport. So they don't waste time catching us up with unnecessary exposition. Instead, we're dropped right into the plains of the American West — gorgeously shot by cinematographer Jeff Cutter — where a Predator (Dane DiLiegro) has begun a calculated killing spree. In classic Predator fashion, Trachtenberg lets the horror of this much more ancient Predator linger off-screen, smartly employing the Predator's camouflage system to generate suspense. The Predator's kills — such as a gnarly snake disembowelment — speak for themselves.

As we get to know the Predator, we also get to know Prey's protagonist Naru (Amber Midthunder). She's a member of the Comanche tribe who is determined to prove her mettle as a hunter, despite the doubts of her brother Taabe (Dakota Beavers) and everyone else around her. However, Naru is the first person to realize there's a new, dangerous apex predator on the loose. As soon as that realization kicks in, so does the main conflict of Prey, pitting an elite hunter against an aspiring one in a showdown to the death.

SEE ALSO: 13 of the best horror movies on Hulu to freak you the hell out

Naru is an action hero for the ages Sure, this is a Predator movie, but Prey is really all about Naru. When I tell you that Naru kicks ass, I don't think you understand quite how much ass she kicks. She's an ace with a tomahawk and a gifted tracker, with an excellent canine companion to boot. On top of all that, Naru is smart. Her decisions — such as fastening a rope to her tomahawk so she's always able to pull it back to her — consistently have satisfying narrative payoff. You want her to succeed not just because she's Prey's main character, but also because Prey makes it abundantly clear how capable she is.

Our knowledge of Naru's abilities is due to the fact that we spend a good chunk of Prey's first act getting to know her. We learn what's expected of her as a woman in her tribe versus what she really wants to do. Early scenes flesh out our hero in quiet conversations with her brother and her mother Aruka (Michelle Thrush) as well as in sequences where Naru hunts alone. This slow burn of a start is a killer character introduction, made all the more engrossing thanks to Midthunder.

As Naru, Midthunder delivers a monster of a performance. She spends long stretches of the film in silence as she tracks her prey. Yet we know exactly how she's feeling and what she plans to do next based on a pointed glance. Midthunder also sells the action scenes hard, reminding us in each set piece that Naru is not just fighting to survive. She's also fighting to prove herself. 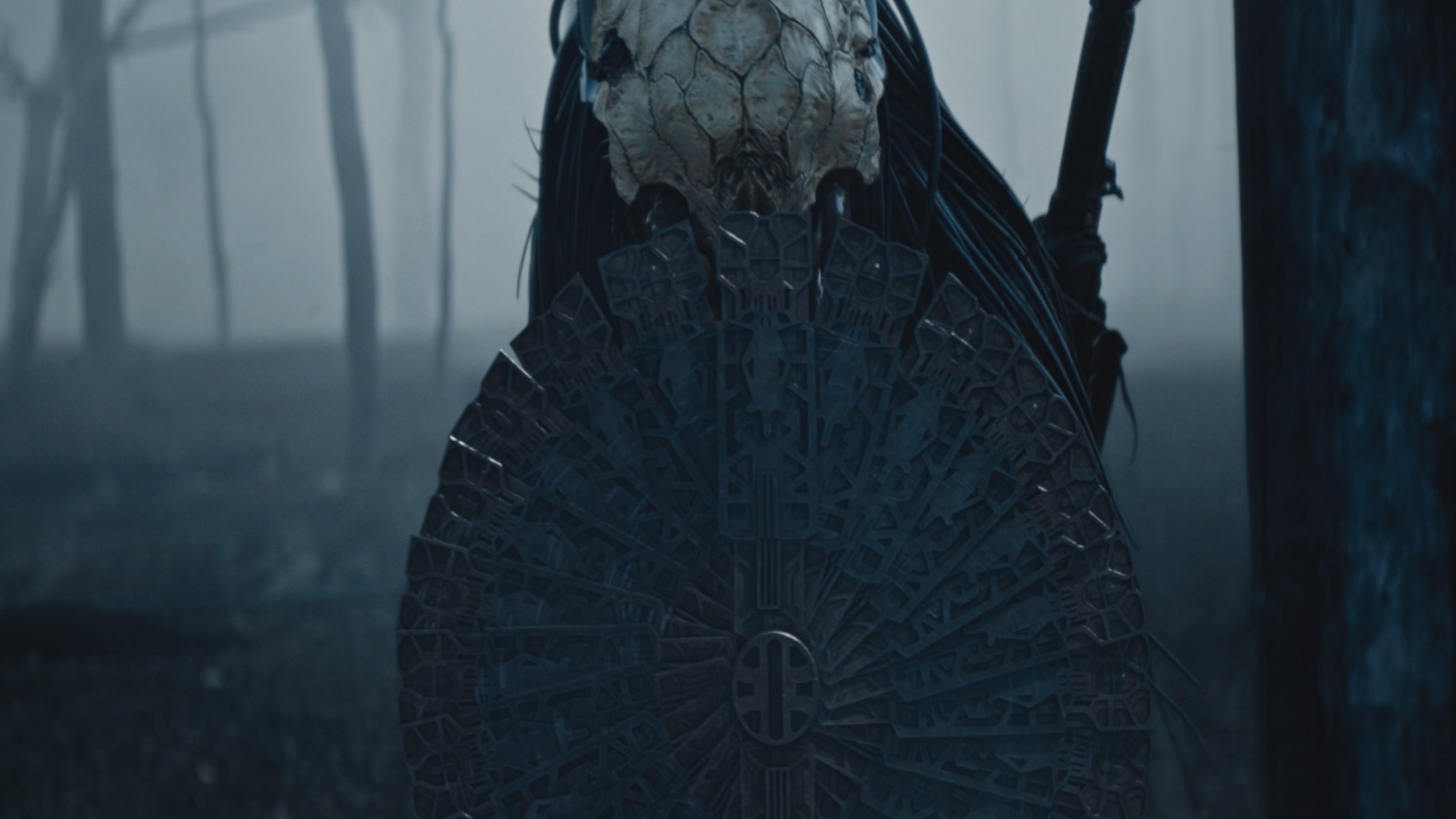 We've seen Predators face off against guns and other modern weaponry. Now in Prey, we get to see how they would fare against bows and arrows and tomahawks. If you think centuries-old weapons would be of little use against Predator technology, think again! Prey — and Naru — have plenty of surprises up their sleeves.

Thanks to a solid amount of bloody violence, Prey earns its R-rating. Yet its fight scenes are more than just gore fests for the sake of gruesome spectacle. They're stylish and suspenseful, with clear stakes and built-in character moments. I do wish that the film's final showdown had been a little less darkly lit so we could get a better sense of the action. However, an earlier fight scene, involving a bunch of overconfident French trappers, more than makes up for any qualms I may have. That sequence — which showcases this version of the Predator's weapons and fighting style in all its brutal glory — is some of the most fun you'll have watching any Predator from any Predator movie do its thing. And the film knows it, taking its time for a few laugh-out-loud beats in the midst of all the carnage.

With spectacular action, compelling characters, and an engrossing story, Prey absolutely deserves the hype that comes with a large audience. It's a crime that it isn't getting a theatrical release, but do not think for a second that this is a case of a studio dumping a mediocre film direct to streaming.

Prey rules, and you should hunt it down and watch it as soon as it hits Hulu.