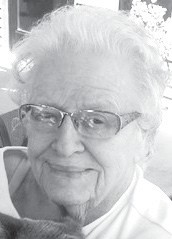 Services were held Friday, July 22, at Tollefson Funeral Home of Grafton. Burial was at Cayuga Community Cemetery in Cayuga.

Yvonne G. Cryan was born June 28, 1933, in Cayuga to the late Thomas and Gertrude (LaFrentz) Cryan. She grew up and attended school in Cayuga. She married Deane Brakke on Dec. 23, 1955. The couple lived in Forman for 18 years before moving to Grafton. She worked as a secretary and bookkeeper for many years.

She was preceded in death by her parents; husband in 2004; two grandchildren; and two great-grandchildren.