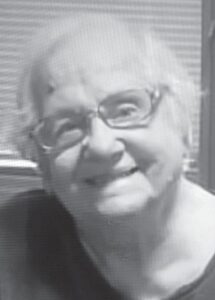 Edith Wright was born Sept. 24, 1925, in rural Chaseley, daughter of the late Frederick and Dorothy (Green) Wright. She grew up around Chaseley where she attended county school. Following her education, she worked as a housekeeper for several area families. She was united in marriage to John Fay on Dec. 8, 1950, in Carrington. The couple made their home in Carrington until moving to Grafton in 1965. While in Grafton she worked as a cook for the Deaconess Hospital and later Unity Hospital until moving to Park River in 1979. Once in Park River she worked for 27 years as the cook for the Park River Good Samaritan Center and for three years as a housekeeper, retiring in 2009. In March of 2014 she moved into the Park River Good Samaritan Center where she made her home until the time of her passing.

She was a member of Zion Lutheran Church of rural Hoople, a former member of the Hoople American Legion Auxiliary and an original member of the Northeast North Dakota Pioneer Machinery Association. She enjoyed crocheting and card making.