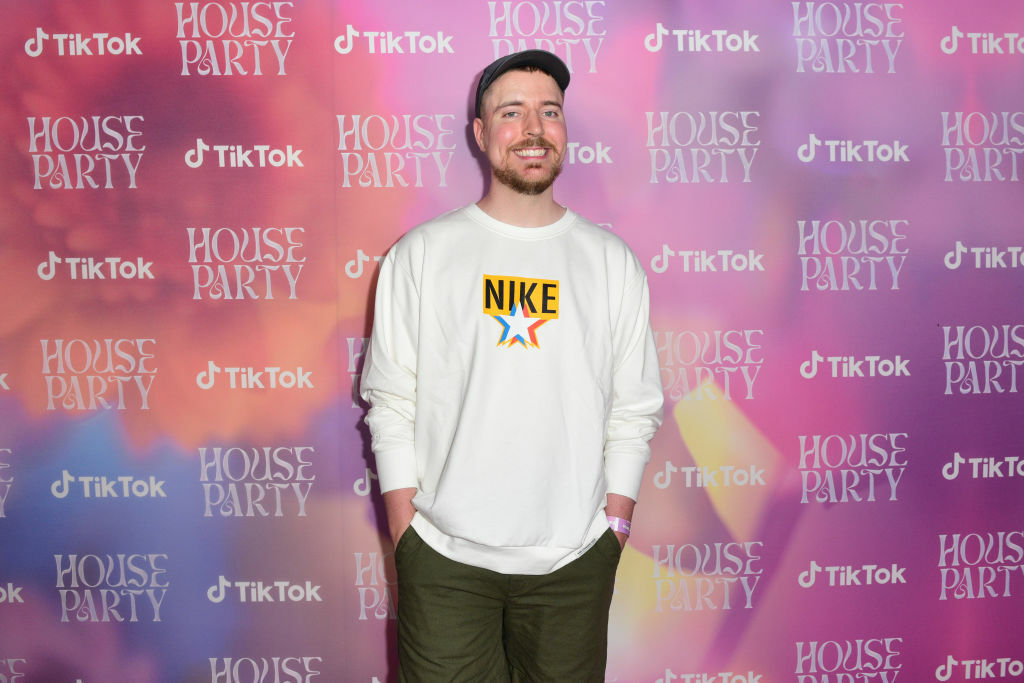 Blow up the number balloons and frost a cake with "100M," because MrBeast just broke 100 million subscribers on YouTube.

The creator, whose real name is Jimmy Donaldson, has only the fifth channel on the platform to hit the massive following benchmark, coming in after T-Series, Cocomelon, SET India, and the only other individual account on this list: PewDiePie. "100 million means so much. I’ve been making videos since I was 11 years old," said Donaldson in a press release. "This number in a way represents everything I’ve ever done in my life and I’m so grateful to everyone who’s ever watched a video. I hope to do YouTube until the day I die."

Donaldson has been posting YouTube videos since 2012, with his first ever video to his main channel featuring him playing Minecraft. His videos began taking off in 2018 as he started making content that showed him giving large amounts of money to strangers. Since then, his videos have evolved to take on shock-inducing challenges, like not eating for 30 days or creating a real life Squid Game.

To celebrate this career-defining feat, MrBeast will — of course — be releasing new merch, made exclusively shoppable by YouTube's Live Shopping feature. He's also planning on releasing one of his most expensive videos to date on August 4 — because when you're a top-subscribed YouTube creator, you probably have the funds to support some pretty pricey content.