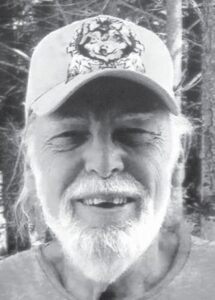 Rodney Kotaska, 72, passed away at his home in Apache Junction, Arizona.

Rodney Kotaska was born Aug. 2, 1949, in Grafton, son of Benjamin and Ann (Hodney) Kotaska. Hew grew up in Grafton, attended school and later was drafted into the US Army where he served in Vietnam. He received a National Defense Service Medal for M14 ( sharp shooter) and an M16 ( marksman). When he returned to the United States, he was united in marriage to Kathy O’Brien and they had four children. Rodney finished his education and graduated from the North Dakota State College of Science in Wahpeton, as an electrician. He then lived in Bismarck and worked in Hazen at United Power Association. He enjoyed hunting, fishing and spending time with his grandchildren.

Rodney was preceded in death by his parents; grandparents; brother, Richard Kotaska; and nephew, Michael Kotaska.