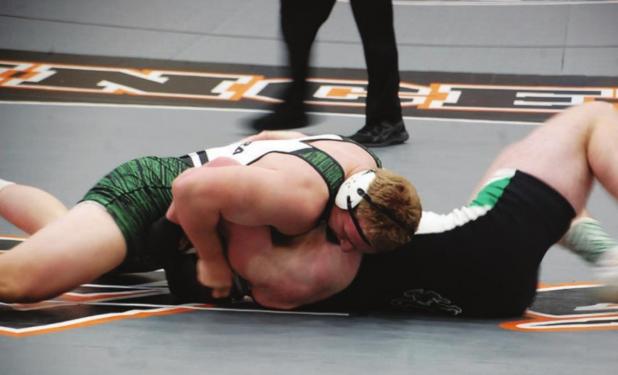 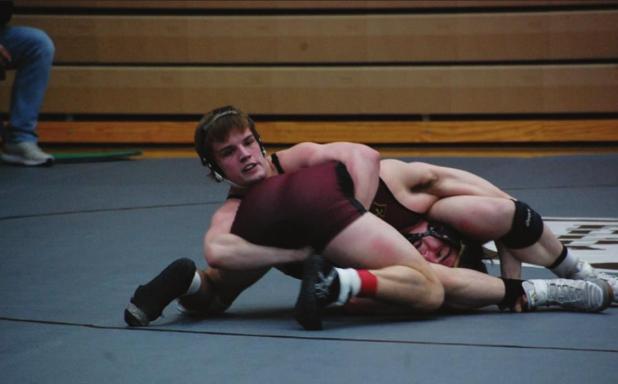 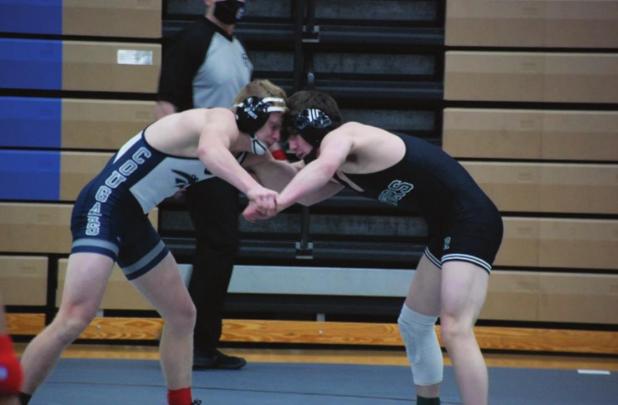 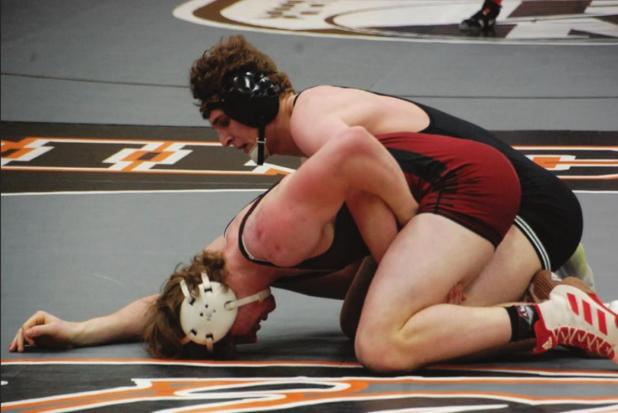 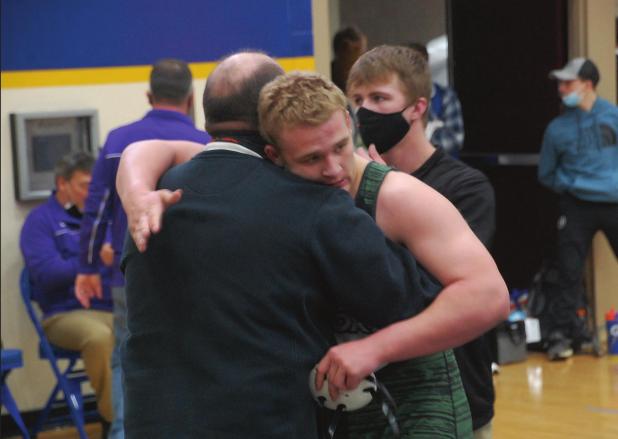 Dominik Vacura goes for the pin and eventually gets it in the first period of the Class A 220-pound title match versus Breckenridge’s Daniel Erlandson. With the win, Vacura finished with the second most individual state titles and the most career wins in program history.

Ethan Waage works to defend off a takedown attempt during his 160-pound state consolation match versus Dover-Eyota’s Blake Lehnertz. Waage fell 5-4 to come up short of placing.

Gator 145-pound senior Garrett Undeberg works for position during his state tournament consolation match versus Zumbrota-Mazeppa’s Beau Jurrens. Undeberg fell 3-1 in this match to come up short of placing.

Gator 182-pounder Caleb Vacura works from the top versus Crosby-Ironton’s Michael Fitzpatrick in the opening round of the Class A State Individual Tournament. Vacura won this match 5-0 and eventually finished fourth to earn his second career state medal.