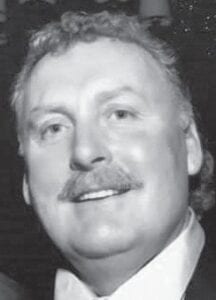 Gregory Car l Hildebrandt, 70, of McGregor, Texas, passed away Monday, March 22, 2021. Funeral services were held Monday, March 29, at Cole Funeral Home, McGregor, officiated by Reverend Bill Sappenfield. Visitation was Sunday, March 28, 2021, at the funeral home. Gregory Carl Hildebrandt was born in Fordville on Sept. 23, 1950, as the first son of Carl Hildebrandt and Marian (Foley) Hildebrandt. Greg was ultimately one of nine children, in an active and loving Hildebrandt family home in Grafton. After enduring many freezing winters in North Dakota, Greg vowed to find more hospitable climates, but would often return to Minnesota and North Dakota in the summers. He later experienced the opposite in the hot Texas summers.

After graduating from high school, Greg enlisted in the Navy working on supply ships in Guam and throughout the South Pacific, ultimately ending up in Vallejo, California, in the San Francisco Bay area where he made a home for over 25 years. Greg started his career, after the military, as a concrete mason and enjoyed a prolific career in the construction trade during his life, both working as part of other companies as well as running his own companies. Later in his life, he moved to McGregor where he continued in construction and became an adopted Texan. Greg was happiest on the job site doing hard work and especially enjoyed sharing his knowledge with young apprentices making their way into construction. Even at home, he would continue to tinker and build. He took great pride in pointing out projects on which he worked; knowing that in each building there was a satisfied customer.

Greg was married twice, first to Diane Hildebrandt, making their home in California and raising their son, Justin. They hosted many exchange students, including Masako who remained in the United States and lives in Sacramento, California. Greg later married Beverly Hildebrandt and they made their home in Texas in the Waco area. Although both marriages resulted in divorce, Greg remained on friendly terms with both Diane and Beverly and the positive memories are plentiful. Beverly sadly passed away on Feb. 14, 2021.

Greg did not measure life in terms of money, title or ego, but rather in family, friends and experiences. He was always up for an adventure or road trip, whether it was backpacking through the California high sierras, a demolition derby, a trip with his mother to her ancestral birthplace in County Cork, Ireland, or to visit his son in Germany. Greg particularly enjoyed coaching his son Justin’s soccer teams allowing them to travel and compete in tournaments across California. He enjoyed the little things, the pace of life, a drive in his pickup truck, a nice meal, sports on TV and most of all being with the people he loved. He was an authentic character, preferring to speak openly and directly, but also showed generosity with his thoughts and time. He was the neighbor you could call on for help and any possible tool that you might ever need.

Greg loved animals of all kinds and preferred big dogs that could accompany him on outdoor adventures. He avoided getting another pet later in life, knowing that the feeling of losing one more beloved friend would hurt too much. If there was anything that held Greg back it was that he had too big of a heart.