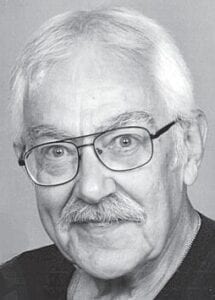 Dean Allen Petska was born Sept. 21, 1950, son of Myron and Dorothy (Maixner) Pecka of Lawton. He attended Sauter School for first grade and then Shepard School through eighth grade. He graduated from Edmore High School in 1968 and attended UND for two years. He married Betty Setnes of Adams on Aug. 16, 1969. He joined the North Dakota Army National Guard serving for six years.

He started working for Public Finance in November of 1970, became branch manager in Minot in August 1974 and in October 1975 at Grand Forks. In April of 1976 he became a loan officer at Western State Bank, Devils Lake. While at Western, he graduated from Colorado Graduate School of Banking at Boulder Colorado. In January 1987, Dean went to work for First National Bank as a commercial loan officer and later First State Bank of Munich, retiring from banking in 2001. He was the Ramsey County and Benson County Public Administrator from 2005 to 2012. For many years he was also a part-time piano tuner.

He played drums with the Bennie Pesek Band full time the spring of 1967 and then the Myron Pecka Band. In later years with the Pecka Band and Matt Hodek Band.

He was a member of the Elks Lodge, Jaycees, Devils Lake Chamber of Commerce, board member of Fort Totten Little Theater, Senior Meals Board and a member of St. Olaf Lutheran Church.

He was preceded in death by his parents and grandparents.