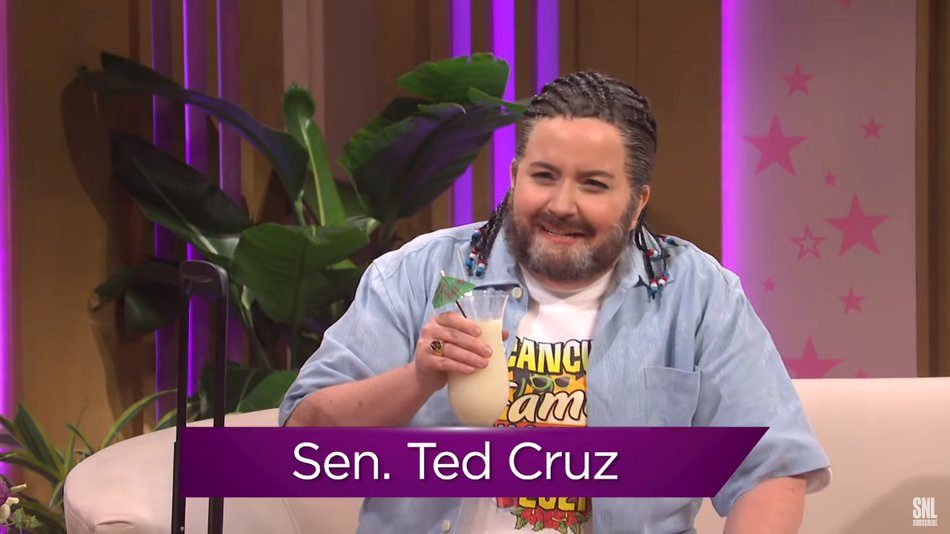 In the latest addition to the Saturday Night Live cold open-verse, Britney Spears (Chloe Fineman), inspired by Framing Britney Spears, has a newly launched talk show where people can come on and apologize for the terrible things they've done. If you've paid attention to any headlines in the past week, you know where this is going.

Britney's first guest is hopefully-soon-to-be-former Texas Senator Ted Cruz (Aidy Bryant), who definitely did his duty as an elected official when he fled his home state in the midst of an historic weather crisis and then offered a series of weak explanations when he was caught. For a guy who's already shouldered the not-unearned moniker of "seditionist" this was still a new low. Read more...