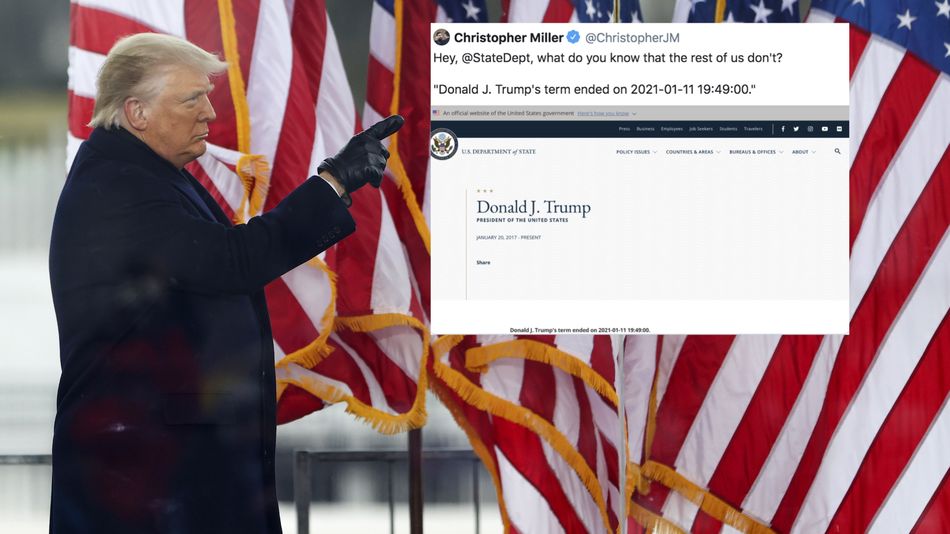 Now, let's be clear. This almost certainly doesn't indicate Trump is going to vacate his office today. In fact, soon after people noticed the what was up with the State Department website, Christopher Miller with BuzzFeed News reported that it was the work of a disgruntled staffer, according to two "current-serving diplomats." Vice President Mike Pence's page contained a similar message.