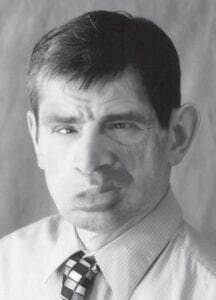 A pri – vate family burial will take place at St. Catherine’s of Lomice in Lawton.

Karl Allen Dahlgren was born Oct. 18, 1958, in Park River, son of the late Myron and Theresa (Burianek) Dahlgren. He lived at home with his family until his second birthday, when he moved to the Life Skills and Transition Center in Grafton. He remained there until moving into a home supported by R.E.M., Inc. in 1999, where he lived until his passing.

He was preceded in death by his parents and grandparents.