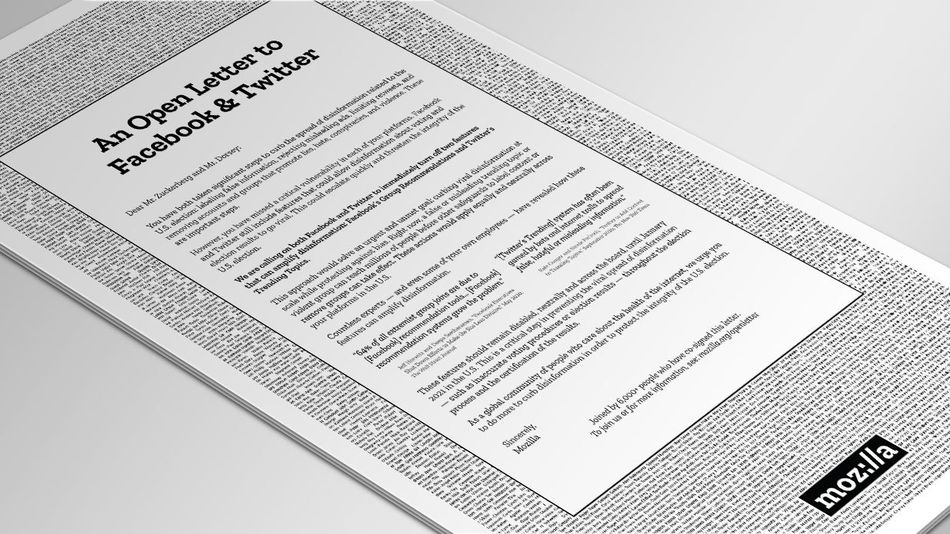 Mozilla, the nonprofit organization behind the popular Firefox web browser, is calling on Facebook and Twitter to take action before the U.S. presidential election on November 3.

On Tuesday, Mozilla published an open letter in a full-page ad in the Washington Post urging Facebook to turn off its Group recommendations feature prior to the November elections. The organization similarly asked Twitter to shut down trending topics. Read more...