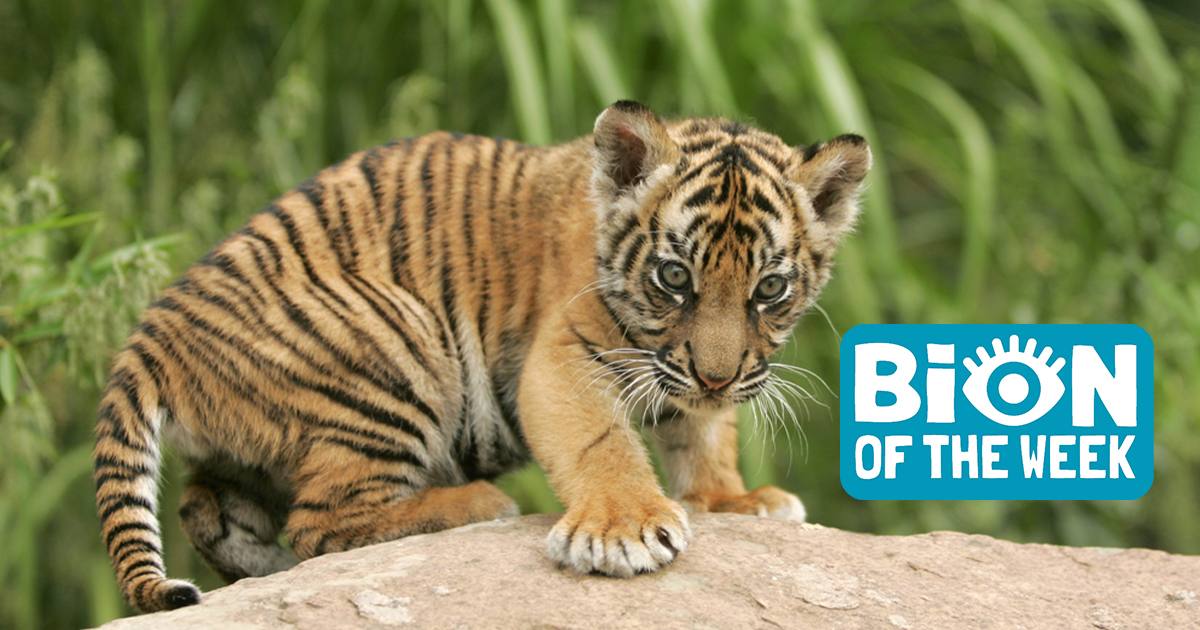 [October 12-October 18, 2020] Cursed artifacts, frightful flames, and a mid-flight baby delight—all round-up in this week’s weird news from Ripley’s Believe It or Not!

John Oliver is Full of Crap

A playful feud between late-night talk show host, John Oliver, and the town of Danbury, Connecticut, has come to an end with the city naming its $110 million sewage plant after the comedian. After an impressive 18-1 vote, City Council members ruled that the John Oliver Memorial Sewer Plant was a go. Tensions began back in August when the “Last Week Tonight with John Oliver” host publicly poo-pooed the town during a segment where he called it “a sad, empty void where hope goes to die.” Unsurprisingly, the town’s mayor, Mark Boughton, did not take kindly to his remarks and retaliated by posting a video of himself on Facebook announcing that the sewage plant would be Oliver’s new namesake because he, too, is “full of crap.” Although Boughton later made it clear that the video was a joke, Oliver was already invested in the idea, offering a donation of $55,000 to local Danbury charities to make his new dream a reality. “I didn’t know that I wanted my name on your (expletive) factory, but now that you floated it as an option, this is all I want,” said Oliver. Along with the donation, Oliver will be providing signage for his new pride and joy and plans to attend the official ribbon-cutting ceremony. Not one to waste an opportunity, Boughton said this spat has “been a lot of fun. If I can put food on people’s table for Thanksgiving by naming a sewer plant after a very popular comedian, we’ll do it all day long.”

It’s toilet time for John Oliver. The Danbury City Council has voted 18-1 to rename a sewage plant after the comedian, in a bit of tongue-in-cheek revenge over his rant against the Connecticut city on his HBO show. https://t.co/cqhBHk1dXN #odd

Objects taken during a young Canadian’s trip to Pompeii 15 years ago were returned to the city this week in hopes of ridding the woman of the “curse” they have brought to her life. Along with two tiles, a fragment of ceramic, and pieces of an amphora, the woman, known only as Nicole, sent a letter of apology, stating that she was “young and dumb” when she took these pieces during a visit to the Archaeological Park of Pompeii. She believes the theft of these artifacts has contributed to her bad luck ever since, which includes two bouts of breast cancer and financial difficulties. “We are good people, and I don’t want to pass this curse onto my family,” she wrote. The package was received by a travel agent in the city and included everything Nicole took during her visit with the exception of one tile, which she gifted to a friend. Nicole asked that the items be returned to where they belong, which, according to Professor Massimo Osanna, temporary director of the park, is easier said than done. “Obviously, they cannot be relocated because their precise origin is not known.” Hopefully good intentions count for something! 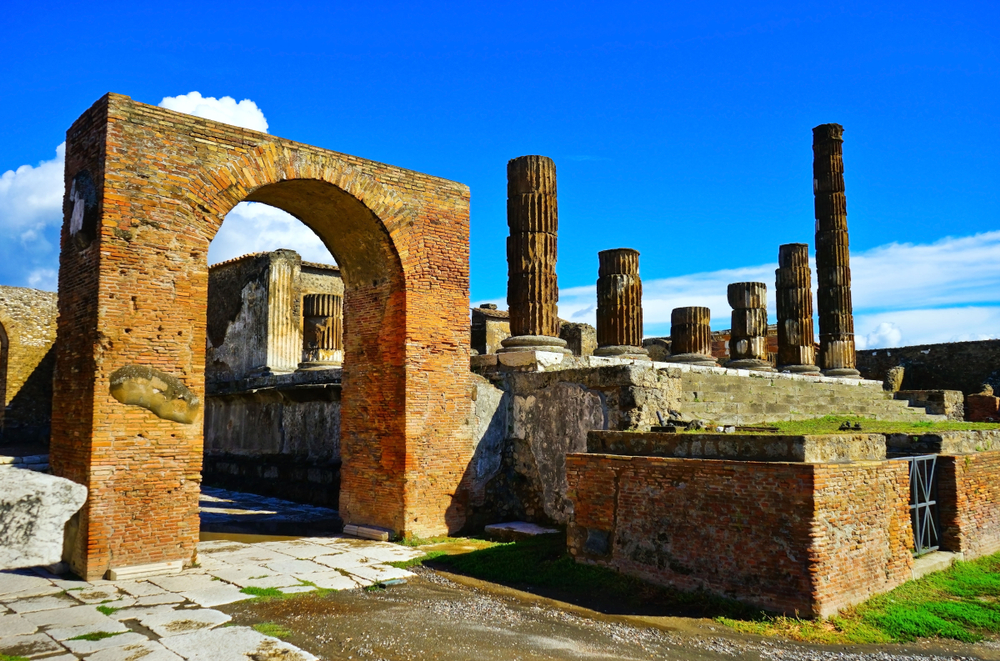 Archaeological Park of Pompeii in Italy.

A Blaze of Halloween Glory

Carmen and Travis Long set their California neighborhood ablaze with holiday decorations so realistic that neighbors called the fire department! The couple went all-in on their “Pirates of the Caribbean” theme, decking their house out with the hottest Halloween décor 2020 has to offer: a faux house fire! Firefighters responded to several calls reporting a house fire, only to show up to find the festive display. In place of their services, the firefighters provided high-fives and congratulations on a job well done to the Longs, who now alert authorities when they light the “flame” to entertain masses of crowds with their display every night. While critics have questioned the timing of a faux house fire during an unprecedented season of wildfires on the West Coast, the Longs stand by their decision and are happy their family can “bring a little bit of Halloween joy for everyone” during this challenging year.

SCARY-GOOD DECORATIONS: One family’s ‘Pirates of the Caribbean’-themed Halloween decorations are SO lifelike, passers-by are calling 911! pic.twitter.com/RJKaKPvos0

Social media is abuzz with the news of a premature baby boy born on Wednesday night while flying over India. The mother, who was not yet 32-weeks pregnant, went into labor somewhere between Delhi and Bengaluru, sending IndiaGo flight attendants into delivery-mode, led by Dr. Shailaja Vallabhani, a gynecologist who just happened to be on board. Passengers immediately took to social media with images of airline workers suited up in pandemic PPE holding the newborn and praised their “amazing teamwork” during the delivery. After landing and receiving a quick round of applause from passengers and airline workers, the mother and son were taken straight to Kempegowda International Airport’s medical facility for a checkup. One question remains after this harrowing tale: will IndiaGo grant the baby a lifetime of free flights?

We’ve heard some Craigslist horror stories, but this one has clawed its way towards the top of the charts. In 2018, a French couple reached out to law enforcement after a Savannah cat kitten they dropped $7,000 on turned out to be an endangered baby tiger! After responding to a Craigslist ad for a perfectly legal Savannah cat, a mix of an exotic African serval and a domesticated house cat, the couple was shocked to receive a critically endangered Sumatran tiger instead. The couple immediately reported the situation to law enforcement, who ended their two-year investigation this week when they arrested nine people connected to the buying and selling of the exotic animal. The purchasing couple was detained but later discharged by police, with the remaining suspects facing animal trafficking charges. Don’t worry about the tiger, though! It is safe and sound in the care of the French Agency for Biodiversity. 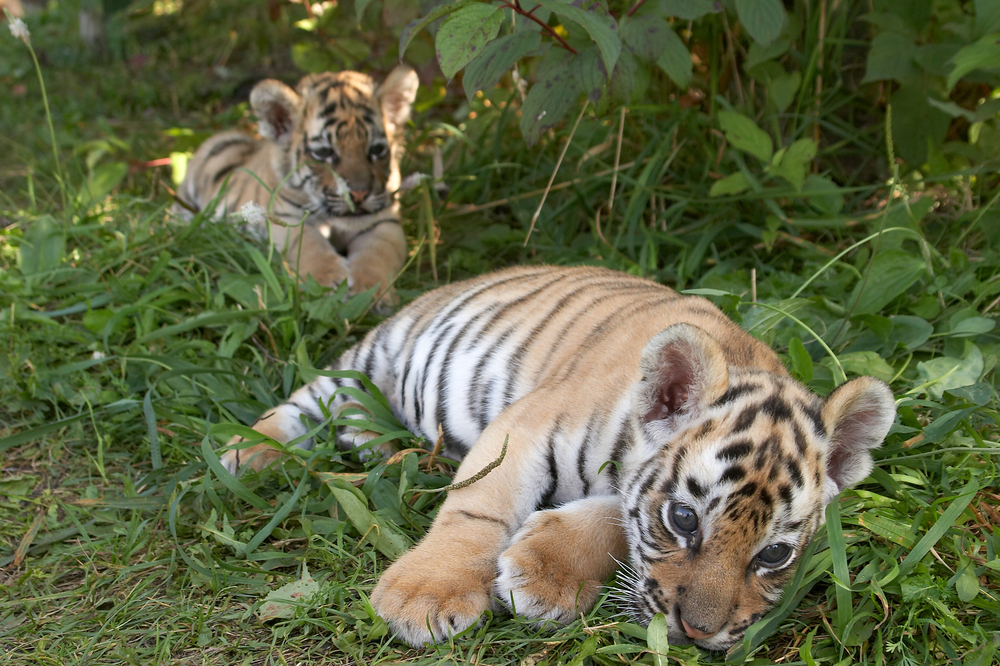 THE STRANGEST STORIES OF THE YEAR