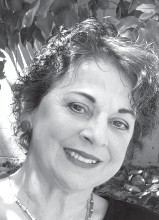 Geraldine Wentz, age 60, unexpectedly passed away Thursday, Sept. 17, 2020. She was born Nov. 8, 1959, to Albert and Dorothy LaCoste in Grafton. She married her college sweetheart, Steven Wentz, in 1982. Geri, as she preferred to be called, was a women of many passions and pursuits. After high school, she joined the Army National Guard, serving in both the North Dakota and Arizona Guard achieving the rank of SFC before getting her Captain’s commission in the Army Nurse Corps, switching to the Army Reserve. She graduated with an AD in nursing in 1980, subsequently earning her bachelors degree, followed by a masters in nursing management. During her career, she worked in oncology, lCU, ER and the burn unit at Maricopa County, as well as in nursing education. She was a strong patient advocate and passionate about excellent nursing care. ln addition, she was the proud mother of two children, doing her best to juggle her time between career and parent. ln her rare spare time, she enjoyed hiking, working out at the gym and gardening. She was also active in her HOA. Standing at 4’11”, one of her favorite sayings was “dynamite comes in small packages.” Geri is survived by her husband, Steven; son, Adam; daughter: Meghan and her husband, Michael, and her new granddaughter, Joan, with whom she was fortunately able to spend some quality time prior to her passing. ln addition, she is survived by her mother, Dorothy of Coon Rapids, Minnesota; and her sister, Lizabeth, along with her husband, Jeff Grefsheim, and family of Andover, Minnesota. Preceding her in death was her father. A celebration of life was held Monday evening, Sept. 28, at Queen of Heaven Catholic Cemetery and Funeral Home in Mesa, Arizona. Her funeral was held Tuesday morning, Sept. 29, at St. Andrews Catholic Church in Chandler, Arizona.

In lieu of flowers, donations may be made to one of her favorite charities, woundedwarriorproject.org.