Down The Dark Alleys Of Sesame Street 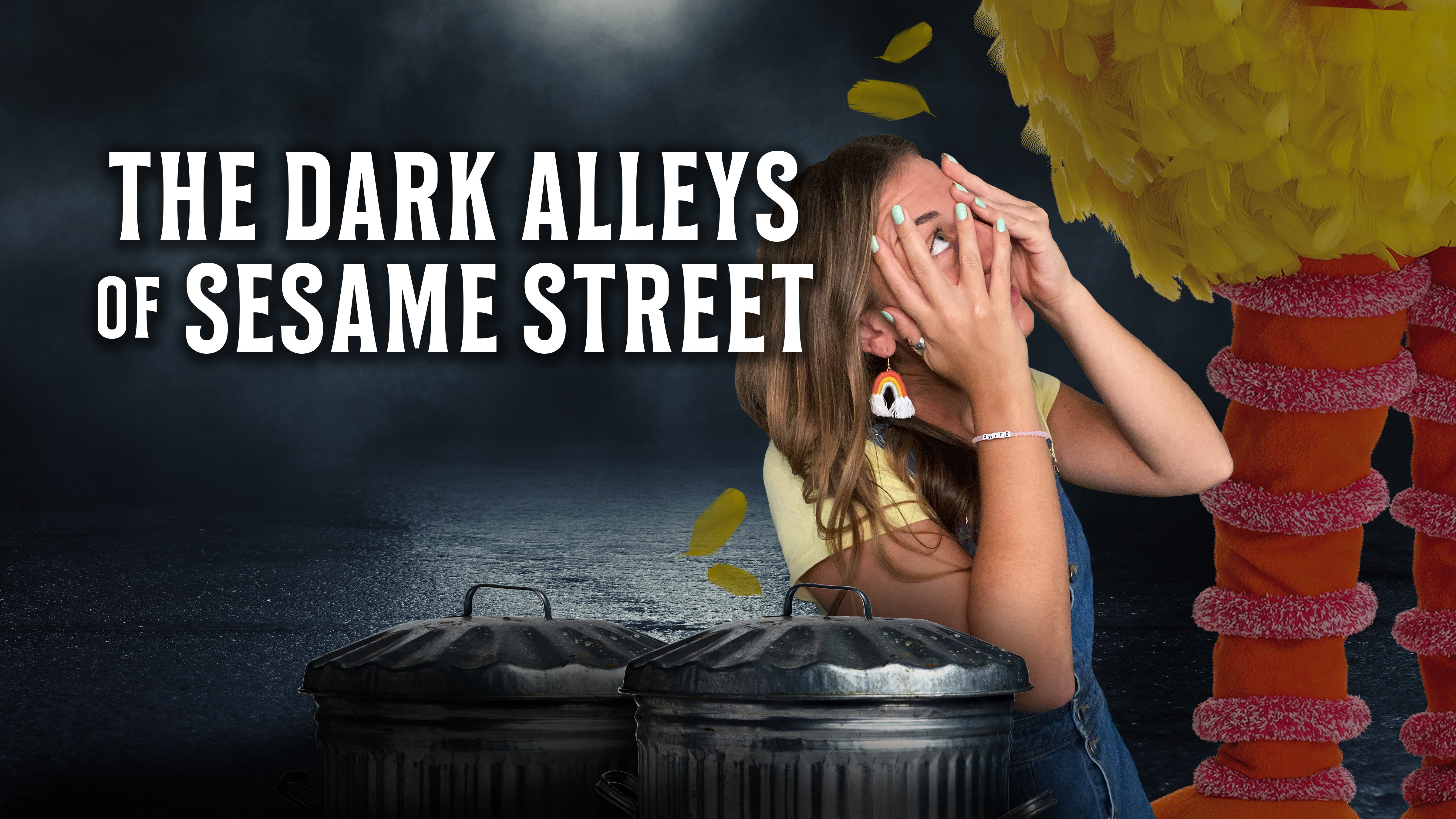 Our beloved friends on Sesame Street have always given us sunny days and swept every cloud away. But, of course, in 50 years of airtime, there’s no surprise that even Sesame Street has a few dark alleys.

Can You Tell Him How To Get, How To Get a Space Shuttle Seat

Perhaps one of the most iconic characters on the Street, aside from our red puppet friend Elmo, is the 8-foot 2-inch, yellow giant we lovingly call Big Bird. Your friend and mine, Big Bird is one of the original puppets on the Street and still graces our television screens with love, compassion, and happiness. But, should he be a few inches shorter, this happy-go-lucky friend may not be around today.

In the early 1980s, NASA reached out to the creators of Sesame Street with an interesting proposal. As space travel was still new and uncertain, the NASA team was eager to gain some public attention and affection for their newly developed space shuttle. The Challenger mission was sure to be one for the books, and what better way to get young children excited about space than by sending their good friend, Big Bird, up into the galaxy.

Luckily, Big Bird and his puppeteer, Caroll Spinney were unable to join the Challenger mission. While the exact reasoning is not quite defined, it’s safe to say that the puppet’s towering heights were the main contributing factor. Let’s be real, an 8-foot, 4000-feathered bird is not quite an essential when it comes to compact space travel. As we know today, the tragic mission of The Challenger would have resulted in the devasting loss of our yellow friend, and Sesame Street as we know it would never be the same.

So Big Bird continued his residency on Sesame Street with all of his friends—real, and once imaginary. From 1971 to 1985, the shaggy brown monster, Mr. Snuffleupagus, was a totally ambiguous character. He was introduced to the show as an imaginary friend that only Big Bird could see. The two became extremely close during this time. In fact, when other characters appeared on-screen, Snuffy shuffled off or totally missed everyone’s arrival each and every time. Big Bird insisted that Snuffy was real, but no one ever believed him.

This tricky friendship raised an eyebrow or two after some disturbing storylines started hitting the front page. In the early 1980s, an episode of 60 Minutes gave the showrunners a reason to think twice about the portrayal of Snuffy as Big Bird’s imaginary friend. The issue of child abuse became particularly prominent. The last thing writers wanted was kids thinking that they couldn’t come to their parents with important or difficult information in the fear that they wouldn’t be believed.

The Executive Producer of Sesame Street, Carol-Lynn Parente said “The fear was that if we represented adults not believing what kids say, they might not be motivated to tell the truth.” And so, with careful planning and storytelling techniques, the writers developed a two-year “scheme,” introducing Snuffy as a real character to the rest of the members on Sesame Street. In this iconic episode, Bob McGrath, one of the human residents, tells Big Bird: “From now on, we’ll believe you whenever you tell us something,” driving home the main point of this storyline change.

The Cloak-Wearing Count: Vampire Vs. Dracula

While Big Bird and Snuffy maintained their friendship on the Street, they’re accompanied by a whole melting pot of characters: Elmo, Cookie Monster, Oscar the Grouch, and the cloak-wearing Count. 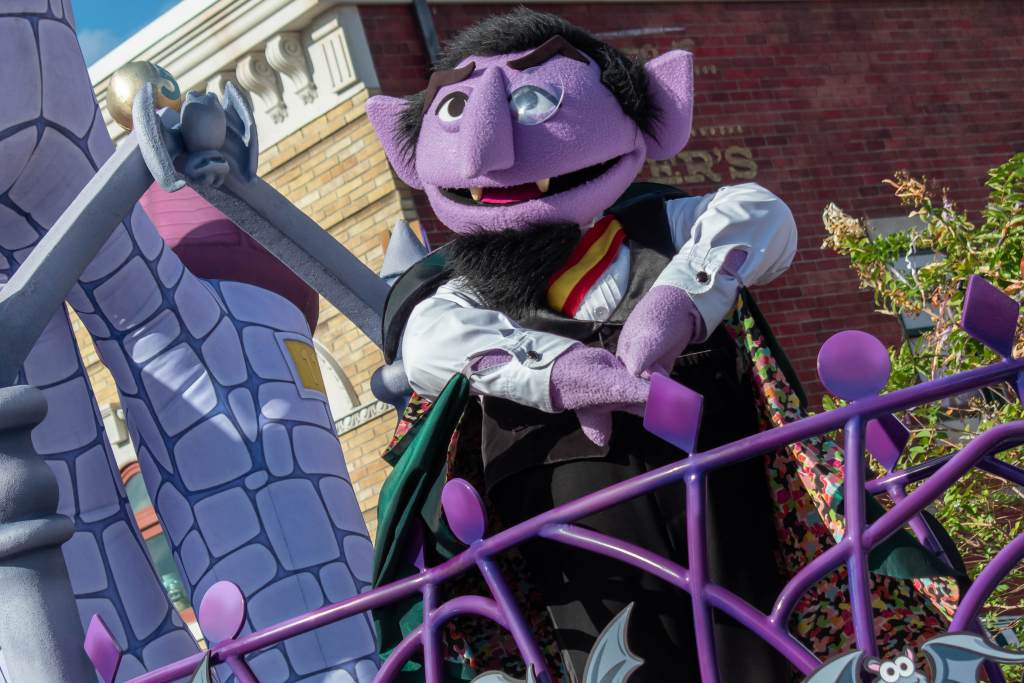 While Count von Count was originally modeled off of Bela Lugosi’s Count Dracula, we do have some reason to believe that this cape-wearing, castle-dwelling puppet is a vampire. According to many claims on the Muppet Fan wiki page, the character has been described as a “number-friendly vampire” and a “Numerical Vampire.” However, according to The Count’s official biography, he is not specifically listed as such. But, why is Sesame Street so set on their Dracula-inspiration?

Perhaps it’s because, in traditional folklore, vampires are said to have severe arithmomania—a type of compulsive disorder where individuals become obsessed with counting absolutely everything around them. Aside from the fact that vampires also, quite obviously, have huge fangs and are known to puncture humans and drink their blood, this wouldn’t be a good look for our friend The Count. To be safe, we’re going to stick with his official “About Me,” and opt for the Dracula inspiration—but hey, you be the judge!

Don Music Rocks On To Retirement

If near-death explosions, imaginary friends, and OCD weren’t enough, a few characters are worth mentioning for other eyebrow-raising reasons. While only on screen for a short period of time, Don Music, became a quick fan favorite. Writing hit songs like “Mary Had a Bicycle,” and “Drive, Drive, Drive Your Car,” he was quite the clever lyricist. However, as a musician, he was bound to make a few frustrating mistakes at the piano. And to voice this frustration, he often began shouting and throwing his head against his instrument. Naturally, kids at home began to follow this behavior leading to some headaches and injuries. Needless to say, Don Music was retired from the screen.

Sesame Street will always be a sunny place we can call home. With an eclectic group of residents, they’ve certainly made bright turns out of dark alleys or crooked storylines and it continues to be a place of acceptance, learning, and joy for viewers today.

Source: Down The Dark Alleys Of Sesame Street