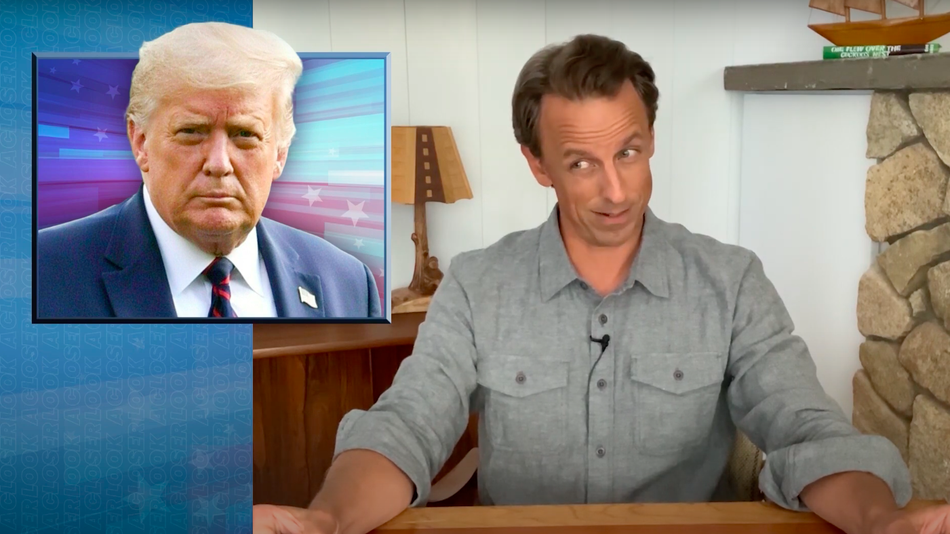 The U.S. has continued to spin out of control this week, struggling with massive unemployment, increasing coronavirus deaths, and a presidentially praised doctor who believes in demon sperm. All of this is horrific, and will have devastating consequences for years to come. But if 2020 has taught us anything, it's that things can always get worse.

Taking to Twitter once again, President Donald Trump has now suggested delaying the election in November — something that, as Late Night host Seth Meyers pointed out on Thursday, he legally cannot do.

"The Constitution gives Congress, and only Congress, the power to set the election date," said Meyers. "All of which of course will be news to Trump. If you locked him in a room and told him to read the Constitution you'd come back five minutes later to find it tucked into his shirt like a bib while he wolfs down on a bunch of uncooked Goya products." Read more...