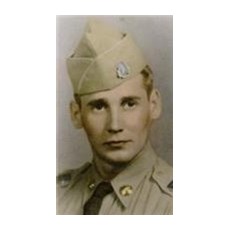 Lyle L. "Bud" Davis, 91, died peacefully at his home in Galesburg, Illinois Friday morning, with loving family at his side. Bud was born in 1928 to Karl and Gladys Davis of Fisher, Minnesota and he was a graduate of Fisher High School.

In 1952, Bud's guard unit was called to active duty, and he served in the Korean War. He was honorably discharged in 1952. Returning home, he married the love of his life, Alice Jean McDonald, on May 24, 1952 at the Presbyterian Church in Key West, Minnesota.

During early years of marriage, Bud and Alice farmed near Crookston, Minnesota, where Bud also worked for Dahlgren's Seed Company. Bud later worked for Thorp's Harley Davidson in Bakersfield, California. In 1964, Bud moved his family to Galesburg, Illinois, where he and Alice worked for Carl Munson and later bought and operated Munson Hybrids Seed Corn Company until his retirement in 1998.

Throughout his life, Bud was known as a hard worker and friend to many. A member of the First Presbyterian Church of Galesburg, Bud served on the session and as a deacon and elder for many years. He loved volunteering with Habitat for Humanity and the American Legion, proudly serving as a dedicated volunteer with the Color Guard for 17 years. Bud was a founding member and past president of IPSA, Independent Professional Seedsmen Association. He also served on the Illinois Crop Improvement Association Board. Bud was a member of Galesburg's Noon Rotary Club and served several years on the Galesburg township board.

Bud loved being a Grandpa to his beloved granddaughter, Iva. Activities Bud enjoyed are playing cards with family members and friends, bowling, golfing, water-skiing, riding his motorcycle, and, perhaps most of all, dancing, especially to a polka.

A loving husband, father, and grandpa, Bud is survived by his beloved wife and daughters, Alice M. Davis of Galesburg, Illinois, Dawn Rae Davis of Monterey, California, and Karla Davis of Raton, New Mexico; a cherished granddaughter, Iva Davis, also of Monterey, California; brother-in-law, Mike Bakke of Wilmar, Minnesota; and sister-in-law, Pat Thorp of Bakersfield, California; along with several cousins, nieces, and nephews. Bud was preceded in death by his parents, Karl and Gladys Davis; and his sister, LaVonne Bakke, of Wilmar, Minnesota.

Due to social distancing limitations related to the Covid-19 pandemic, services will be private at the Hinchliff-Pearson-West Funeral Directors and Cremation Services Galesburg Chapel with Chaplain Jordan Knight officiating. Family has requested anyone that would like to go in procession to East Linwood Cemetery but remain in their vehicles may meet at the funeral home at 1:45 p.m. Friday, April 10, 2020. Military Honors will be conducted by VFW/Legion/AmVets Honor Guard. The family will hold a celebration of life for Bud at a later time, date to be announced. Memorials may be made to the First Presbyterian Church and Habitat for Humanity. Online condolences may be made at www.h-p-w.com.