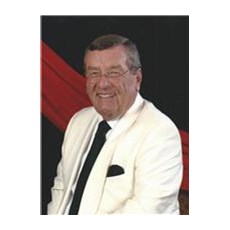 Bob was born May 26, 1938 in Crookston, MN. After completing his formal education, earning a Bachelor's Degree from Concordia College in Moorhead, MN and an MBA from the University of Michigan in Ann Arbor, he began a banking career in 1962 at The First National Bank of Chicago. In 1972, he joined the Parkway Bank group in suburban Chicagoland and in 1983 became President and CEO. He retired at the end of 2004 after a successful 42-year banking career and spent 16 years in happy retirement. Bob and Loris enjoyed cruising and spending time with their grandchildren. He will be greatly missed by his family and friends.

A celebration of Bob's life will be held at a later date. In Lieu of flowers or other remembrances, donations to Concordia College in Morehead, MN would support Bob's lifelong belief that education is the key to solving mankind's many problems.