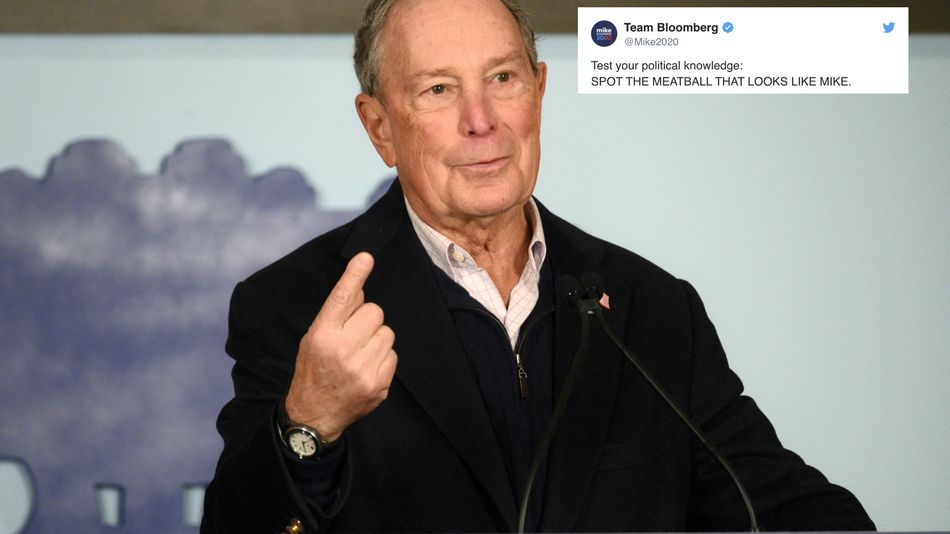 There’s no other way to write this: Mike Bloomberg's official presidential campaign tweeted a photo of his face superimposed over a meatball.

Yes, it was strange. And it wouldn’t be the last time the billionaire’s campaign would do something plainly odd online.

The January meatball ploy — which, by the way, ranks well behind Dwight and Stanley’s meatball scheme in The Office, as far as meatball-related ploys go — is a part of a bigger push from the Democratic presidential candidate.

A short list of the weird things the campaign has done in recent weeks: