You can lead a horse to water, but you can’t make it drink. However, for over a century, a series of equestrian entrepreneurs from the wild world of cowboys proved that they ​could, in fact,​ lead horses to ventures a bit more extreme. These carnies led horses to dive​ into water from platforms exceeding heights of sixty feet, all while swimsuit-clad women clung to their backs—the most famous of whom was blind​.

Foaling Around in the Wild West

The basis for this bizarre feat was simple enough. Enormous crowds gathered outdoors to see a horse hoof its way up a ramp before scooting down a sloped balcony to perilously plunge headfirst into the water below, followed by a safe swim to shore with rider in tow.

In 1881, inspiration struck Carver, quite literally. While touring in Nebraska, he experienced a bridge collapse that sent him, and his horse, careening into Platte River. Ever the showman, in later years, he embellished the tale to include that he was being pursued by bandits. Nevertheless, the seed was planted and The Great Carver Show​ was born.

Debuting in the summer of 1894 in Kansas City, Missouri, the act took the United States by storm, drawing huge crowds nationwide, eventually spreading to Canada. Later, at the risk of being labeled a one-trick-pony, Carver cut all other elements from the show, saving the spotlight for the soaring steeds. He never performed, instead preferring to care for the horses at the stables—one unplanned high dive on a horse proved to be more than enough for him, understandably.

With the act continuing as a true box office hit, he continued horsing around on the road for the rest of his career, looking after his horses as the next generation of horse riders jockeyed for position. After Carver passed away in 1927, his son, Al Carver, was saddled with the responsibility of taking over two touring troupes. Eventually, these two became one and the act settled in for five decades of performances at the Steel Pier in Atlantic City, New Jersey. 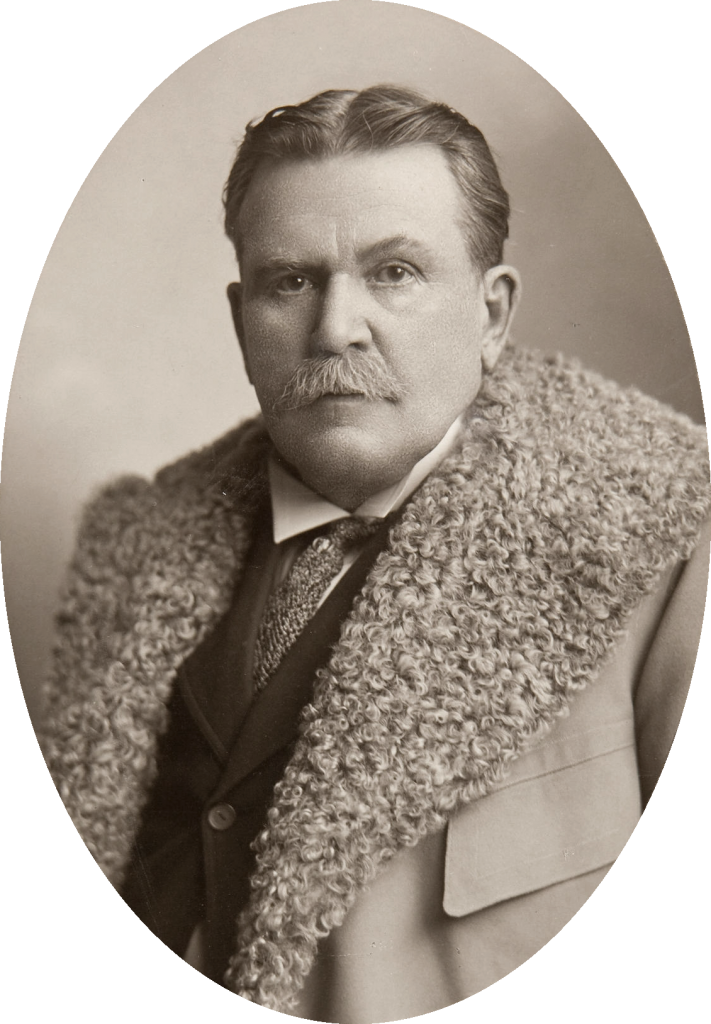 Endless Summer at the Steel Pier

First built in 1898, the Steel Pier remains a seasonal amusement park, host to a variety of games and rides. Its residing dock projects a half-mile from the beach out into the Atlantic Ocean, sitting amid the ambient noises of clanking ride machinery, screams from thrill-seekers, squawking and swooping seagulls, and the churning ocean.

The High Diving Horses were introduced to the Steel Pier toward the end of Prohibition—before Atlantic City was synonymous with rides, games, and gambling. During this time, the boardwalk was predicated upon outdoor events, indoor cinema, and theatrical attractions. The Steel Pier was a hotspot for big-time acts, jazzy dance halls, and vaudevillian variety performances.

After a change in ownership during the Second World War, the boardwalk changed the nature of their offerings quite a bit. Now,  aside from the ubiquitous Ferris wheel and merry-go-round, a carnival atmosphere filled the air—clowns, acrobats, and trapeze artists, tightrope walkers and motorcycle-riding daredevils, stilt-walkers and unicyclists, flagpole sitters and the incomprehensible human cannonball—a man shot headfirst out of a giant cannon; it was a regular three-ring circus! And with this change came the perfect opportunity for Carver’s team of diving horses.

Water Circus performances in the open-air portion of the pier promised the “thrill of a lifetime.” With a capacity of over forty thousand, leagues of day-trippers milled around eating saltwater taffy and acting as true cheerleaders for the synchronized human high divers. But, despite their marvelous feats, they always played second-string to the main event—Doc Carver’s horses were too hot to trot. 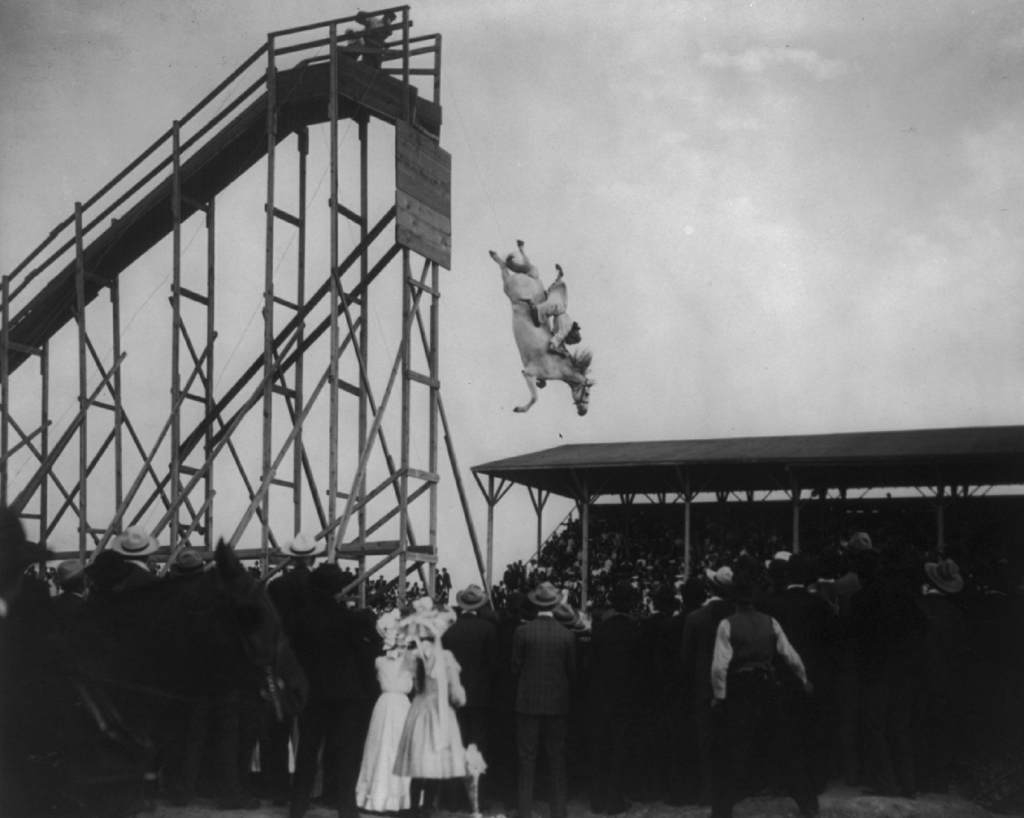 Animal attractions were collectively one of the biggest ticket-selling items the Steel Pier had to offer. Boxing bouts with Kangaroos. Cats playing poker. A chicken playing the piano. But, none of these acts could surpass the magnificent equestrian high-dives of Sonora Webster Carver.

Sonora, wife of Al Carver, brimmed with chutzpah and joined the horse riding squad as a teenager in 1923. Touring with the horses across the country before they found a home at the Steel Pier, Sonora’s job was to wait at the ledge of the wooden diving ramp and mount the horse as it galloped past her. Before long, she was promoted to lead​ diver, partaking in two-to-six jumps each day.

Tragedy struck when one of Sonora’s daily nosedives became a living nightmare​. ​In 1931, while soaring through the air with her prized stallion, Red Lips, the duo somehow became off-kilter. While the act typically allowed for the horse to hit the water first and safely break the water tension, this time Sonora hit face-first with her eyes wide open. Still, only in her mid-twenties, Sonora was permanently blinded by the impact.

But even so, no one could convince Sonora to get off her high horse. Despite all adversity presented in the wake of her newfound blindness, Sonora persevered and continued diving. She retired when the show was put on hold at the start of World War II in 1942. For her, stopping due to blindness was never an option. She felt her vocation was far too fun to give up—it was not a matter​ of courage, but of love.

Sonora went on to write a memoir, A Girl and Five Brave Horses​, which was adapted for the silver screen in Disney’s 1991 film​ Wild Hearts Can’t Be Broken​. Sonora lived to the age of 99, remaining for her whole life just miles away from where she found fame at the Steel Pier. 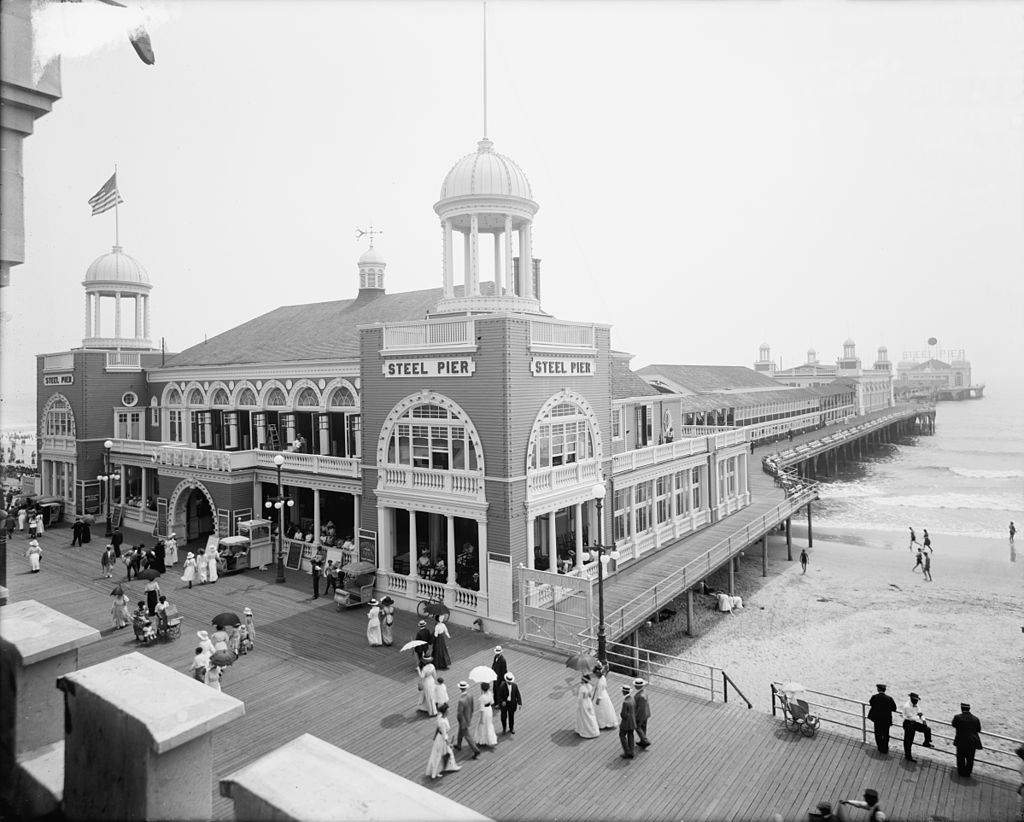 The End of an Era

All things must come to an end and, for the golden era of Atlantic City and the Steel Pier, that came to pass in the late-seventies.

Amidst an economic downturn and increasing crime rates, the seaside community lost its appeal as a family destination. The grand opening of Atlantic City’s first legal casino in 1978 coincided with the closing of the dilapidated Steel Pier.

In its final years, the High Diving Horses were shadowed amid allegations of animal abuse by the Society for the Prevention of Cruelty to Animals. Rumors persisted that the horses were spurred into vaulting via trapdoors, electric cattle prods, and pinpricks, but these claims have remained unsubstantiated and rejected by all involved in the performances. Despite a plethora of rider-related injuries, including the blinding of Sonora, numerous broken bones, and even the fatality of eighteen-year-old diver Oscar Smith in front of a live​ Texas audience in 1907, allegedly no horse injuries ever occurred.

The original bones of the Steel Pier burned down in 1982 and the rebuild was reopened in the nineties with a focus on thrill rides and carnival games. Attempts of the diving horse act’s return to Atlantic City were made in 1993 and 2012 but were met with less than unbridled ​enthusiasm. Today, just blocks away from the Ripley’s Believe It or Not! Odditorium on the world-famous Atlantic City Boardwalk, the Steel Pier remains a seasonal amusement park, host to a variety of games and rides alongside the smell of fried food and fresh saltwater.

Regardless of which side you fall on the debate, there is no denying that its rise and fall is nothing short of iconic. The Steel Pier was a central pillar in the golden age of “America’s Favorite Playground,” as Atlantic City was known at the time, and was encapsulated by Doc Carver and his wonderful flying horses—and ​that ​is straight from the horse’s mouth.

By Kris Levin, contributor for Ripleys.com

Kris Levin is a traveling storyteller, professional wrestling referee, and everybody’s favorite nephew. He can be seen internationally on IMPACT Wrestling as their most junior official, #KidRef, and on social media at @RefKrisLevin.