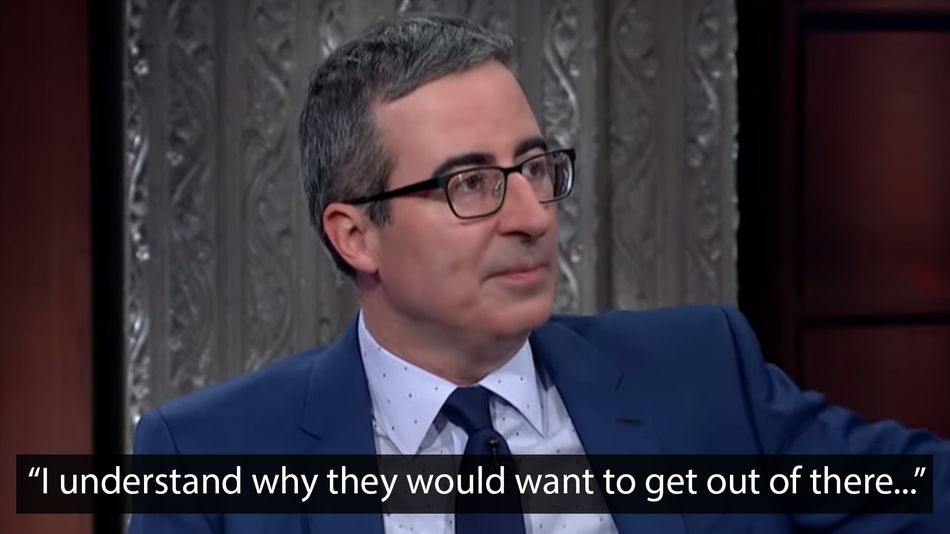 Many words have been spoken about "Megxit," but there's one important person we still need to hear from: British comedian turned recent U.S. citizen and Last Week Tonight host, John Oliver.

During his appearance on The Late Show, Stephen Colbert wasted no time in asking Oliver for his thoughts on the royal drama. And Oliver, in turn, made his views pretty clear.

"I think they've absolutely done the right thing," he says in the clip above. "It was a horrible situation for them to be in. I think one of the recent times I was on this show, before the wedding, I was saying this is gonna be rough. The British tabloid press is rough on royalty.  Read more...