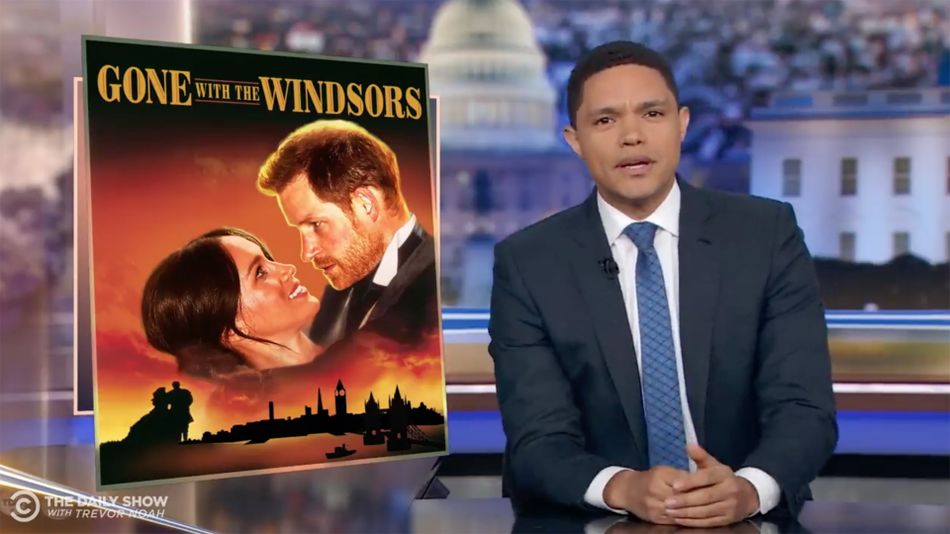 By now, chances are you'll have seen the news about Harry and Meghan's much-discussed decision to take their royal duties down a notch.

Trevor Noah's one of the many people who have been watching the drama unfold, and during Monday night's edition of The Daily Show, he broke down all the latest developments.

"Yes, the Queen summoned everyone to a private meeting at her royal country house," says Noah in the clip above, referring to yesterday's summit. "And everyone attended except Meghan Markle, who conference called in. And I'll be honest, I don't blame Meghan for not going — because nothing good happens when white people invite you to the countryside." Read more...