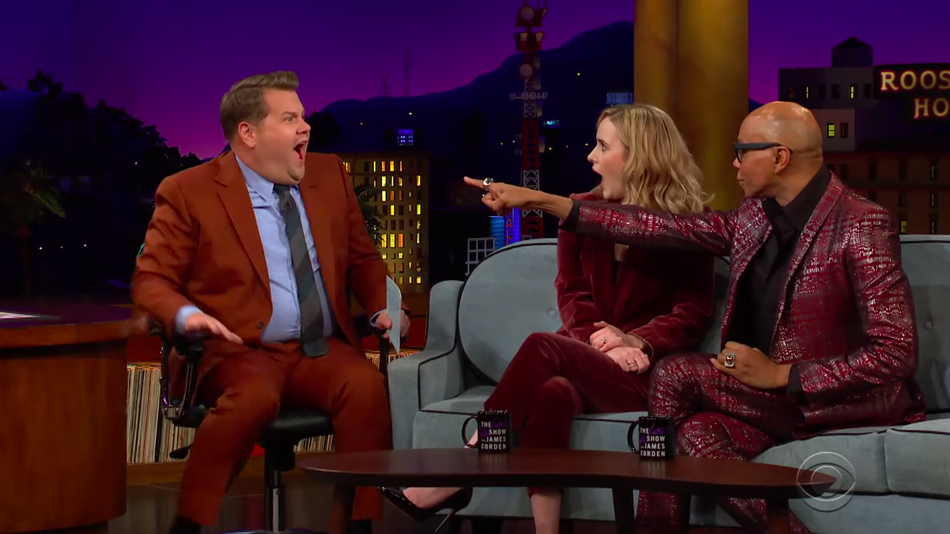 Five people. One wig. Who's wearing it?

James Corden invited wig expert and drag superstar RuPaul and The Marvelous Mrs Maisel star Rachel Brosnahan to play a game on The Late Late Show in which the pair must guess which of five men is wearing a wig.

Naturally, RuPaul is effortlessly good at this game, having worn countless wonderful wigs over the years – but it's the line of questioning that's fascinating to watch. Gauging emotional intelligence can apparently tell you a lot about someone's hair, real or not.

Of course, there's only one true way to tell: snatch that wig. Read more...