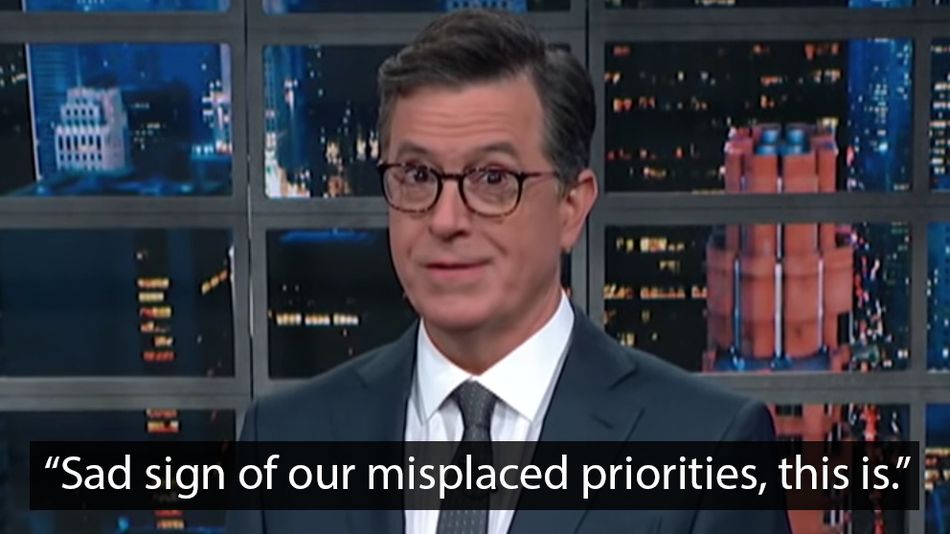 The Democratic presidential candidates might be trying their best, but they've got some serious competition.

And we're not talking about Donald Trump.

"There's one candidate who's exploding on social media: Baby Yoda," says Stephen Colbert in the clip above, before explaining that The Mandalorian character is getting nearly double the social media interactions of any 2020 Democratic candidate. "Sad sign of our misplaced priorities, this is."

Colbert went on to explain why this was particularly bad news for Michael Bloomberg, with his late bid clearly being overshadowed by everyone's new favorite Star Wars character. Read more...